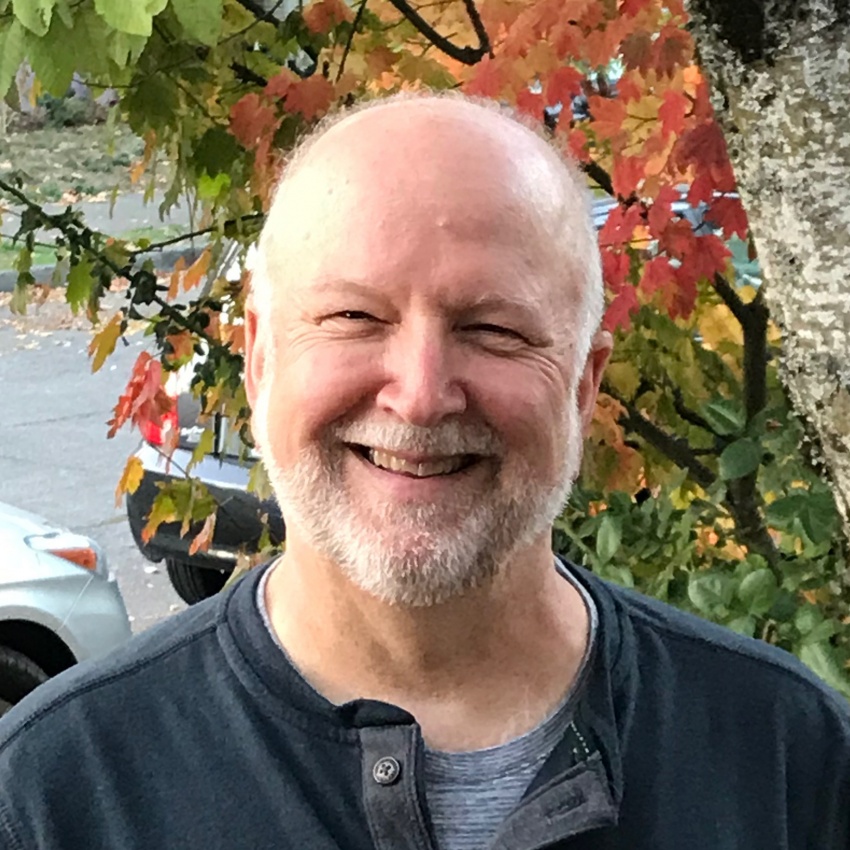 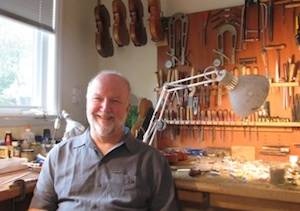 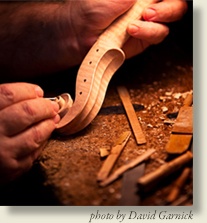 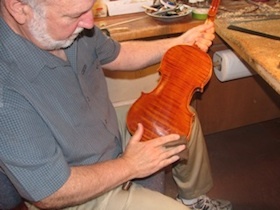 Tom Croen is a full-time violin and viola maker recently settled in Eugene, Oregon.  He chose violin making as a perfect merging of his two life-long passions, woodworking, and music.  With the good fortune of a well-timed suggestion, he enrolled in the Violin Making School of America in 1977.  For over 40 years now, he has developed his style of craft, which keeps him creatively engaged.  Tom also finds instrument repair, with its wide variety of instruments and interesting problems, a rich environment to grow and find creative solutions.

Tom's interest in instrument acoustics has led to a detailed understanding of the interplay between set-up and the sound of an instrument; especially the bridge and the soundpost.  He has had several articles published on acoustics along with other articles about the craft of violin making and repair.

Tom has enjoyed being involved in the broader instrument community and contributing where he can.  Through the Oberlin VSA Workshops, and serving on various boards, he has formed friendships that have led to many working trips and conferences across the globe, keeping him engaged and happy to be a violin maker.

Highlights from Tom's career include: