Sofia Vettori is maintaining as well as sharing the legacy of 90 years of Italian violin making tradition.  The Vettori family tradition began in 1935, in Tuscany, Italy when Sofia's grandfather Dario I Vettori decided to become a violin maker.  It had always inpressed her how her grandfather became a violin maker in the 1930s in a little town in the mountains.  With his will and passion, he managed to learn how to make violins and become successful.  Dario's passion for making was so strong that it passed through several generations; to sofia's father, uncle, and brothers.  The Vettori family is the only Italian family that has sustained an uninterrupted violin making heritage.

Under the guidance of her father, Sofia began to make violins, violas, and cellos at the early age of 17.  The first thing that she learned was varnishing and to this day it continues to be the part she loves the most.  After 25 years of making instruments she has developed a unique method of varnishing that involves many different techniques taken from different inspirations and influences. Because of the secrecy throughout the trade, Sofia decided to teach and share her knowledge. She believes that sharing doesn't take something from you but rather enriches you. Her motto is "What you give will be yours forever".

Sofia Vettori has made more than 100 instruments in her career which are played in orchestras around the world, including Turkey, Japan, Emirates, and of course the United States.

Today, Sofia is happily married to a violin making hoosier, is a mom of 3 boys and a dog, and shares her time between Florence, Italy and Indianapolis, Indiana.  She loves knitting, making lasagna, and eating Italian gelato. 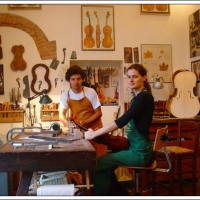 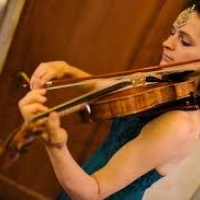 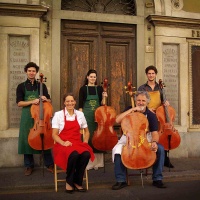 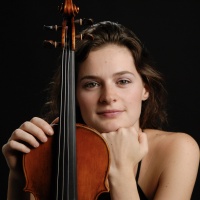 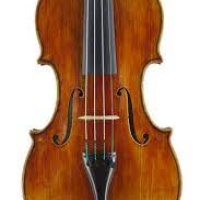