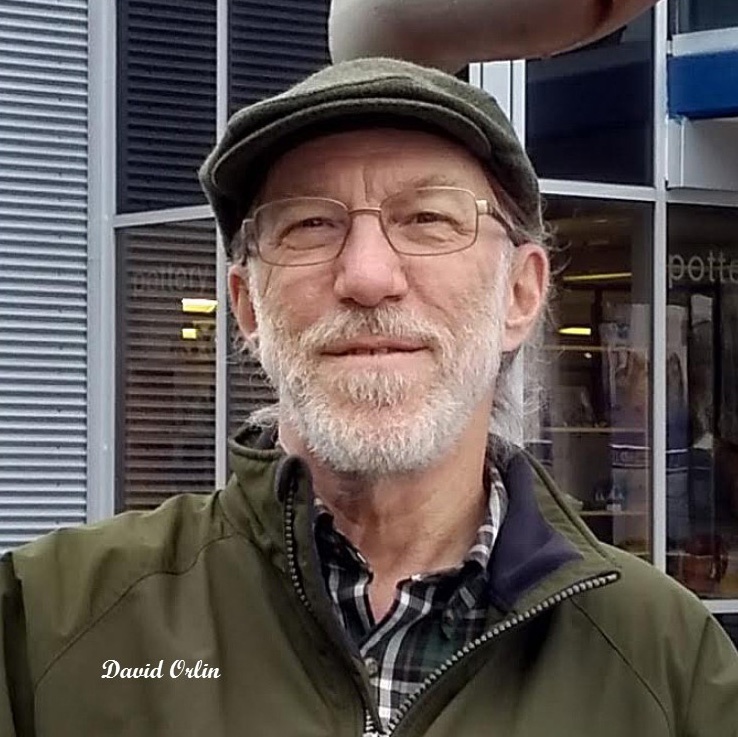 David Orlin has been making and restoring bows since 1982, specializing in restoration since that time, and earning a reputation for the highest level of work and innovative techniques.  His contact with great players and their master bows has shaped his understanding of what makes bows work well, and how and why they can fail.  This has guided his development and adoption of restoration techniques designed to ensure long-term stability, conservation of the original bow, and the best possible aesthetic results.  He particularly enjoys teaching, learning, and sharing ideas.

David began making instruments while still in high school.  After attending the University of Michigan, he made furniture and worked as a machinist.  He began bow making with William Salchow at the University of New Hampshire summer workshops in the early 1980s; worked under David Burgess and Mark Norfleet from 1982-85; and for Claire Givens Violins, Inc. from 1985-86.  He has worked independently since then in Madison, Seattle, and Ann Arbor since 1989.

Since 2003, David has taught at the VSA Oberlin Bow Restoration Workshops, and previously at the National String Workshops in Madison during the 1990s.  He participated in the VSA's bow making workshops several times learning from Stephane Tomachot, Eric Grandchamp, Klaus Grunke, Yung Chin, and many other able colleagues.  Charles Espey has also been a major influence and mentor throughout his career.

In 1996, David was elected into membership of the American Federation of Violin and Bow Makers. He has exhibited and presented at conventions of the AFVBM, the VSA, and ASTA, and lectures frequently about bows.  Additionally, he has contributed articles to The Conservation, Restoration, and Repair of Stringed Instruments and Their Bows, ed. Tom Wilder, published by the IPCI.

David's main inspiration is the incredible work and development of the French makers of the 18th and 19th centuries, from Baroque & Classical bows through the Tourtes and the Peccatte school.  Further inspiration comes from fine materials, antique tools and small machines, and sharing information and ideas with colleagues and students.  Research interests include alternative bow woods and materials, and finding solutions to difficult restoration problems.