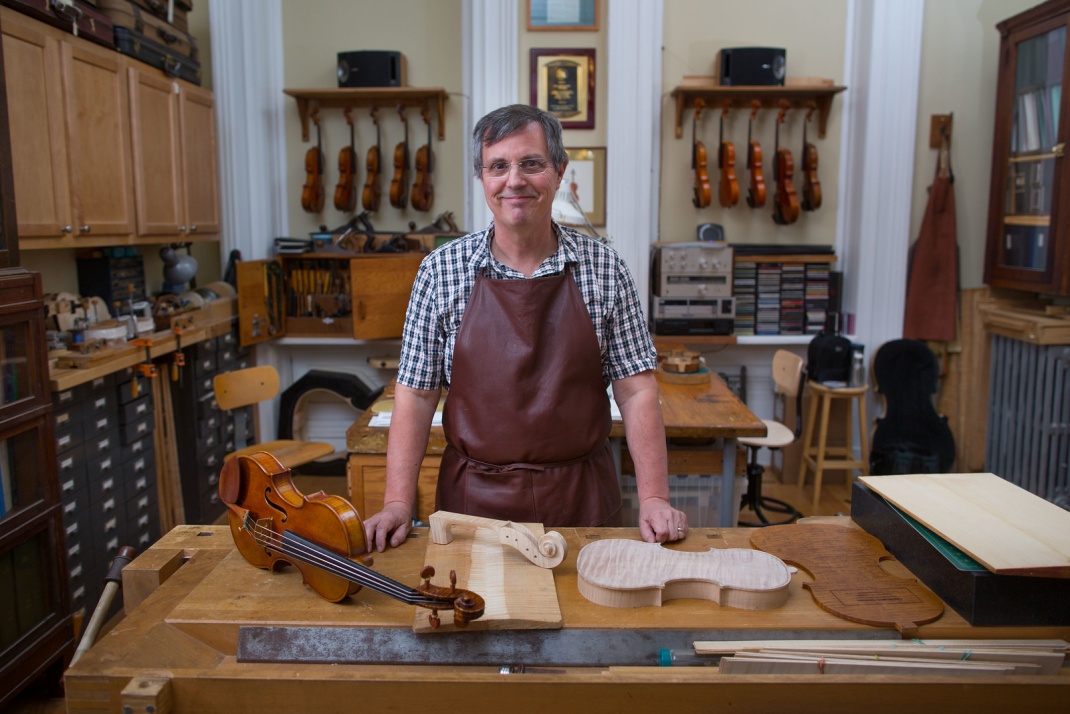 Christopher Germain makes award-winning violins, violas, and cellos from his studio in Philadelphia, PA.  Chris graduated from the Chicago School of Violin Making in 1985.  From 1985 to 1991, he worked for the Chicago firms, Kenneth Warren & Son, Ltd. and Bein and Fushi, Inc., focusing on restoration of rare stringed instruments.  In 1995, Chris was invited by legendary restorer Vahahn Nigogosian to be an instructor at the Oberlin Restoration Workshop.  Chris became director of the VSA/Oberlin Violinmaker's Workshop in 1997, which recently celebrated it's 20th Anniversary.

Chris has served as the President of the American Federation of Violin and Bow Makers as well as the Violin Society America and also has served on the Governing Boards of both organizations.  In 2006, he organized The American Violin, a historical perspective on the history of violin making in the United States, which took place at the Library of Congress in Washington, DC.  He is the co-author of The American Violin (2016 AFVBM). In addition, Chris is the author of numerous other articles, which have appeared in publications and scholarly journals, such as The Journal of The Violin Society of America, VSA Letters, The Strad magazine, Strings, and others.